Will SEO Ever Die?

If you know anything about digital marketing or business, you know that search engine optimization is one of the most important things for promoting businesses online. It has been growing and changing for more than two decades, becoming more and more important as people try to compete to be recognized by search engines and increase their website traffic. But maybe you’ve heard rumors that SEO is dying or will one day become irrelevant. After all, nothing lasts forever, so the idea that SEO might one day die maybe doesn’t seem that radical.

Before writing off SEO as something that’s likely to decline and eventually die out, it’s important to look at the state of SEO now and where it might be going. SEO might be changing, but that doesn’t mean it’s going to die.

A Brief History of SEO

It was Google that made some big changes to the way that search engines and SEO worked. Their web crawler and PageRank algorithm retrieved information about websites in new ways, looking at both on-page and off-page factors to decide where to rank a site in search results. Google’s algorithm has had several major updates in the years since then, meaning that the practice of SEO has continued to change to try and keep up with what Google and other search engines are looking for.

How SEO Has Changed

SEO has changed in a lot of ways since it first came about, and there are certainly certain practices that can now be regarded as dead or irrelevant. Some practices have been written off, either because Google has decided that they’re not ethical or useful or because SEOs have realized that they’re not particularly helpful.

Some of the things that are no longer useful include focusing on the quantity of links without thinking about quality, and keyword stuffing, which involves trying to get as many of your keywords in as much as possible. These types of practices are now looked at negatively and might even lead to Google penalizing your website.

Google wants to keep up with the search habits of people in the modern day, from adapting to the use of mobile devices to helping people find quality content. There are certain principles that definitely aren’t going anywhere. Google focuses on giving people what they’re searching for, so investing in high-quality content for the long-term is the best way to please the search engine.

Where Is SEO Going?

Wondering about where SEO might be going might not keep you awake at night, but it’s enough to keep you thinking about whether there’s anything you should be doing to prepare for the future. The good news is that SEO is definitely not dying and it’s unlikely to go away anytime soon. In fact, search engines are evolving and search engine optimization needs to keep changing to keep up with it. Things might look a lot different compared to 25, 10, or even five years ago, but that doesn’t mean that SEO is dying. It just means that it’s continuing to change to keep up with the demands of modern society.

So where is SEO headed now? There are lots of things we can keep an eye on if we want to know what SEO might look like in a few year’s time. The most important thing to do is to understand people’s behaviors, how they use search engines and the internet, and how search engines like Google interpret these things to make sure they give people what they’re searching for. Some of the factors that have influenced SEO recently include an increased use of mobile devices and voice search.

SEO isn’t going to die, but it is always changing. Anyone working in SEO or anyone involved in promoting businesses online should make an effort to keep up with how things are changing and get professional SEO help when they need it. If you are not at the top of Search, your competitors are.  Contact UpFire SEO to help propel you to the top. 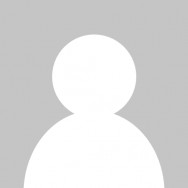 The Google Algorithm And Cannabis: What You Need To Know How can I do SEO for my home business? SEO and PPC: How They Can Work Together

SEO Consultation.
Are you ready?